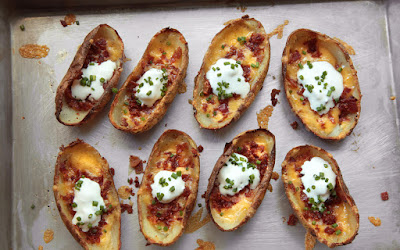 What to buy: Look for potatoes in 5-pound bags, as they tend to be smaller in size than loose potatoes. Avoid green-spotted or sprouted potatoes—they contain the bitter toxin solanine.